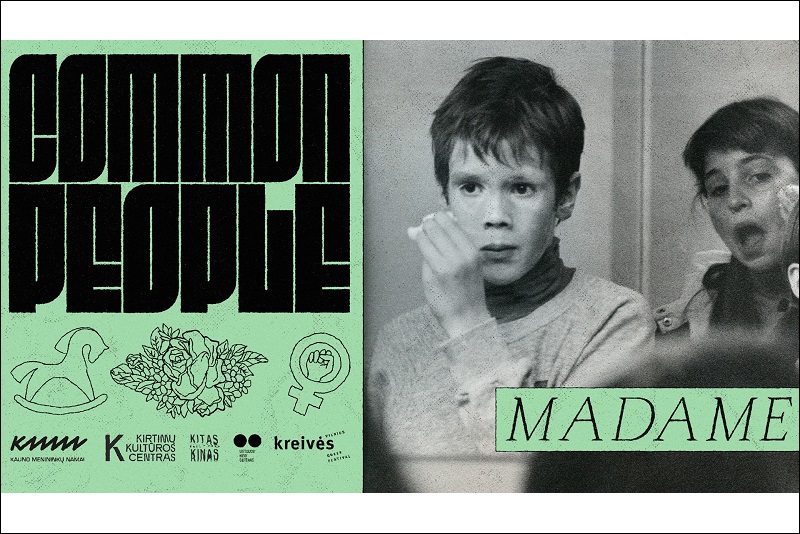 The film will be presented in both cities by Augustas Čičelis – the organiser and programmer of the Vilnius queer festival “Kreivės” and one of the initiators of the Lithuanian queer archive.

“Madame” takes us onto an intimate journey where Caroline, a flamboyant 90-year-old grandmother and her filmmaker grandson Stéphane explore the development and transmission of gender identity in a patriarchal environment. Promised to a domestic life in the 1920s, Caroline manages to free herself from the clutches of a forced marriage and becomes a successful businesswoman, defying the social rules of her time. In parallel, Stéphane struggles to play the role everyone expects in his Swiss bourgeois family, until the day he comes out of the closet and sets off on a crusade against homophobia and sexism. A family saga based on private archive footage, “Madame” offers a dialog between this extravagant matriarch and her gay grandson, challenging the taboos of gender and sexuality.

Tickets and discounts: tickets cost 3 EUR (2 EUR concessions – schoolchildren, students, seniors). Tickets can be purchased on the door and at “Tiketa” sales points in person and online.

The “Common People” screening series aims to discuss not only the content of documentary films, but also the whole notion of documentary cinema. The series adresses questions of ethics, directorial decisions. To film or not to film? When does a director cross the line of closeness with their subject? Should documentary cinema reflect “reality” or the vision of its creator? These questions and others are raised and discussed looking at films who maintain a close look at people telling their own stories: sensitive, creative, eccentric and based somewhere in the margins.