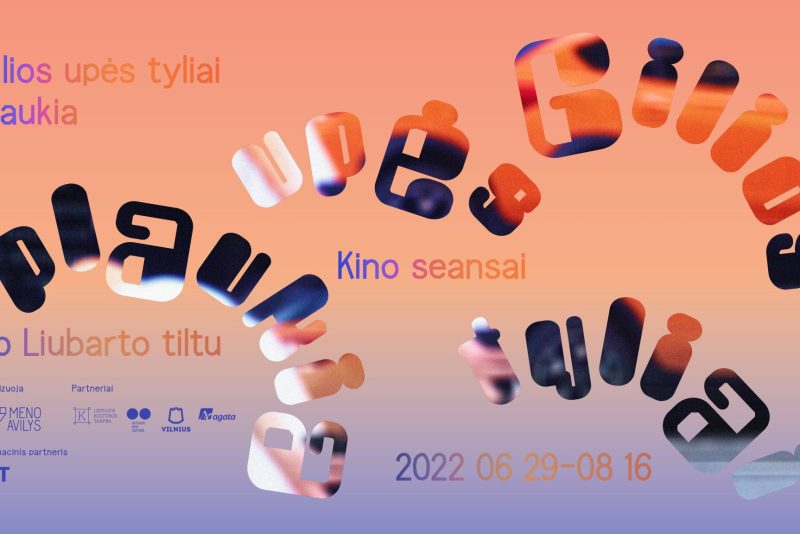 A series of summer film screenings “Deep Rivers Run Silent” return on June 29, and lasts until August 16. Organised by the media education and research center Meno avilys, the third edition of free film screenings will include 20 screenings, bringing audience to the unique space under the Liubartas Bridge, in the “audience lodge” created by sculptors Andrius Labašauskas and Rytis Urbanskas.

The troubling current realities, such as the pandemic, climate crisis, migration, and war in Ukraine, have led to a fragmentation of society, fears of the disappearance of traditions, and highlighted the issues related to changing identities and values: Where do we come from? Who are we? Who do we want to be?

On August 9, “Kreivės” will present Barbara Hammer’s “My Babushka: Searching for Ukrainian Identities”. Driven by her natural curiosity and a wish to explore her family roots, American experimental and queer cinema legend Barbara Hammer travelled to Ukraine in 2000. In a country in turmoil, she turned her camera on a society just beginning to open up: civil liberties and cultural differences, homophobia and anti-Semitism, economic hardship and feminism. Hammer discovers old political, social and cultural barriers collapsing, but nothing new is there to replace them. Amid struggles to establish fixed points of reference, Hammer searches for personal and collective identities, an issue that, more than two decades after the release of this documentary, takes on renewed urgency amid the Russian invasion.

Barbara Hammer (1939-2019) was an American feminist filmmaker and one of the pioneers of lesbian cinema. During her five-decade-long career, she made nearly a hundred experimental films exploring identities, bodies, sexuality and the stories that lie between these electrified denominators. Hammer’s extensive filmography spans hippie experiments of 1970s California, radical, skewed documentaries, ironic biographies and intimate narratives.

You can find all the programme of “Deep Rivers Run Silent” here.